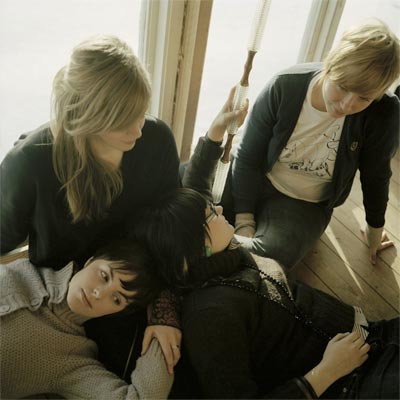 nicorola: Hello! Thanks for taking the time answering some questions! Can you please introduce yourself?

Victoria: Hi, I’m Victoria and I playing the guitar in Audrey. The other members are Emelie, Rebecka and Anna.

nicorola: When did you start making music?

Victoria: We started in the autumn of 2002, we were just three at that time, and It wasn’t until January 2003 we all four come together and became Audrey.

nicorola: How did Audrey as a band came together?

Victoria: We met during the time in high school in a little town in Sweden called Uddevalla. We were all in different constellations before, but we were never really satisfied with that kind of expression and music. We had more to give I guess.

nicorola: You did very much by yourself. For example you called some clubs to ask them, if they would like to see you on their stage. Was it a hard beginning?

Victoria: I don’t really know if that’s totally true, or maybe I forgot. We had, and still have a few friends that put up shows in our area that we came from, and I guess it was naturally to play there. I remember the first time on stage, we hadn’t got a name at that time, and we didn’t look at our self as a band yet, or that we had enough songs to play. It was more a feeling that we did this for fun and to see how people and how we as a band reacted. Of course it was really fun and scary in a way. I think that the feeling of doing this for fun and just do music because we love doing this is what keeps us going.

nicorola: Did that change in any way? Do you have a manager for example?

Victoria: We have always had a strong feeling that you have to push it far by yourself. Today we have a booking agency that helps us with the shows.

nicorola: By the end of last year, you released your first Album. How were the reactions (fans, press)?

Victoria: It has been great. I mean it’s really hard to know what to expect before the release. If we are enjoying the music in the band I guess that’s all we can reach as a first step and If people likes it I guess It’s a bonus.

nicorola: By the way, who did your cover artwork? I like it. Is it some kind of a collage? (I only downloaded it)

Victoria: Ah, thanks it’s actually me who’s done it. I tried to really think of the music while I did the art, I like the idea of making covers that you “ see what you get” in a way. It’s hard to know if I succeed the thought.

nicorola: I mentioned that I downloaded your record. I found it on eMusic, a service which offers me legal MP3s for a monthly fee. What do you think of modern times (itunes, mp3, filesharing, regressing cd-sales)? Is it a bless or a curse?

Victoria: Ah It’s a tough question. I think its good that you can try and discover new music and spread your music. It’s hard to get in between and to have it like that, and still have people that buy your CD. It’s not about selling millions of CD’s for us. But nothing is for free, except for downloads, you need to have money to survive. If the record companies don’t survive I think that for us bands who’s not big and famous and commercial it will be really hard to go on.

Victoria: I think that we got the most ideas to new songs from all the things you’re passing by, see and hear every day. It could be anything.

nicorola: How do you write your songs, what is your process?

Victoria: We always build up the songs from scratch together when we are rehearsing, so all four of us have big influences on the songs.

nicorola: What bands or artists are you listening to in the moment?

Victoria: Once We Were, Frida Selander, Scraps Of Tape, Junior Boys, to name a few.

nicorola: Do you remember the concert in Berlin, “Privatclub”? How was the concert? What was your impression of the City?

Victoria: I remember it was really special, it was a really good night. The concert was one of the best on that tour.

nicorola: You have a lot of dates in April. Germany, France, Italy, Luxemburg. Is there any diffenrence between touring in Sweden and these countries?

Victoria: Yeah it’s a big difference. In the countries we played in so far, I think that people are stronger music lovers. I think that’s pushing you to try new music. Sweden is more into what’s hot and have problems to try new things I think. Sweden is so small, It’s hard to compare at all.

nicorola: Many thanks for answering the questions. Good luck for the tour! 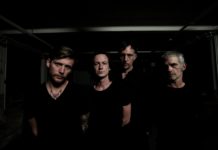 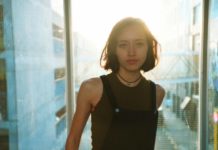 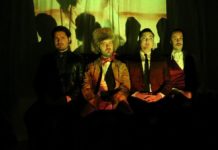 Another Sky – Fell In Love With The City