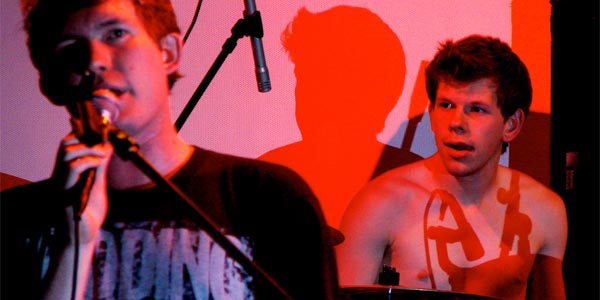 In May 2009 it was announced on their blog that they had almost finished recording the album and that the album was to be mixed in Wales in June. Two song titles were announced “This Is a Flag. There Is No Wind” and “Straight in at 101″[7] On the morning of June 2nd 2009 it was announced via their website that Aleks is to leave the band, and go back to her studies, after a US tour in August.[8] On June 24, 2009, LC! announced on their blog that the album was complete. (Wikipedia en)

Los Campesinos! – “The Sea Is A Good Place To Think Of The Future”